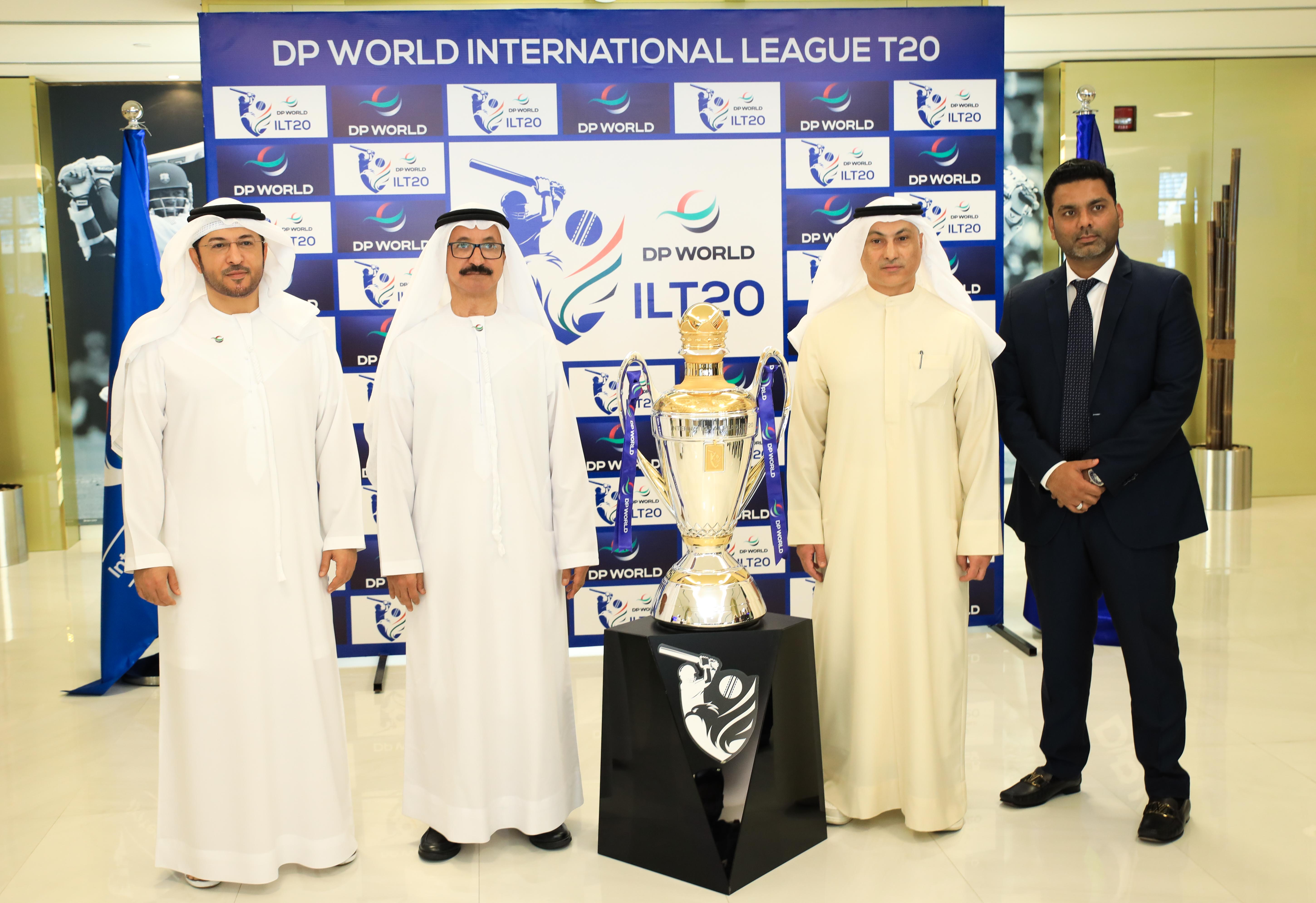 The agreement comes as 84 international cricket stars from across the world, such as Andre Russell, Shimron Hetmyer, Moeen Ali, Kieron Pollard and Wanindu Hasaranga, a number of  shining Associate players, including Mark Watt and David Wiese, as well as 24 of UAE’s current and rising talents, look to converge on the UAE and prepare for the inaugural season of UAE’s home-grown T20 competition, which will be played in Dubai (Dubai International Stadium), Sharjah (Sharjah Cricket Stadium) and Abu Dhabi (Zayed Cricket Stadium) from 13 January to 12 February 2023.

The inaugural DP World International League T20 includes the teams Abu Dhabi Knight Riders, Desert Vipers, Dubai Capitals, Gulf Giants, MI Emirates, and Sharjah Warriors. The teams will play for the magnificent, coveted trophy through a total of 34 matches, where all matches will be telecasted live on the expansive, global Zee Network. The league’s schedule can be found by visiting www.ilt20.ae.

Opening the League is the blockbuster match between Dubai Capitals and Abu Dhabi Knight Riders on Friday 13 January (2023) at the Dubai International Stadium (Dubai, UAE) and where the competition will be launched through a dazzling opening ceremony headlined by Indian rapper Badshah and RnB megastar Jason Derulo. The inaugural edition will reach its crescendo with the final played on 12 February 2023, also played at the Dubai International Stadium.

Khalid Al Zarooni, Chairman International League T20 commented on the sponsorship, “We are exceptionally pleased to enter into this multi-year partnership with DP World as title sponsor of the International League T20. DP World, a Dubai-based company with strong international recognition and long-standing relationships, is synonymous with high profile sports and internationally renowned sporting events. This partnership between two UAE-based entities is incredibly gratifying, and we are extremely appreciative of their commitment in supporting a UAE-grown sporting-initiative as we launch the inaugural edition of the league across the UAE, and on to the international stage next year. We look forward to an extremely beneficial and rewarding relationship.”

Abdulla bin Damithan, CEO and Managing Director of DP World UAE and Jafza said, “DP World is delighted to confirm our title partnership for the DP World International League T20 competition. The event, which reflects DP World, Dubai, and the UAE’s spirit of innovation, inclusivity, and community engagement, will help introduce the sport to new audiences in the UAE, leave a legacy, and affirm the region’s unique position as a hub for world-class sports. It will also give us an opportunity to engage with our customers, prospects, and colleagues, against the backdrop of what will be a highly enjoyable festival of cricket. We cannot wait to watch the action unfold and wish the ILT20 organisers, teams, players, and fans, an enjoyable tournament.”

Headquartered in Dubai, DP World has evolved into the leading provider of global smart end-to-end supply chain solutions enabling the flow of trade across the globe. With a presence in 78 countries across six continents, powered by diverse professional team of more than 97,000 people, DP World is committed to delivering unrivalled value to its customers and partners.